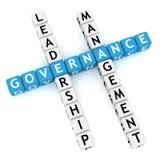 I had been a Governor at my local primary school for several years when I was asked to be Vice-Chair and 12 months later became Chair of Governors. I had one burning ambition, for the school to become outstanding!

There were a few structural things that were done initially, new toilet facilities for staff and pupils, and we covered a quad area which turned a large area only used on balmy summer days into a valuable resource that could be used all year round.

The real key to improvement, as always lay in teaching and learning. We had to get rid of the dreaded mixed year classes which we did by firstly acquiring some portakabins and then thanks to judicious fiscal management and hounding of local councillors and officials we got a new classroom block.

We ‘eased to retirement’ and shipped out staff that didn’t have the capability to join us on the improvement journey. We replaced them, in the main with young eager NQT’s full of enthusiasm and new ideas which permeated all through the school. Here’s a tip…. Get your Head to sit on the ‘pool’ NQT interviews, you get first dibs at the talent! J

We restructured the SLT and increased the training budget to make sure we were on top of good practice and it was spread throughout the school.

I challenged some governors as to their motivations, and in time the quality and enthusiasm of the GB improved dramatically.

We improved anything and everything we could, sometimes only by small amounts, but they all add up. Every decision we made was tested by asking ‘Will this make us a better school?’ Little did I know that I was applying Dave Brailsford’s improvement mantra of ‘aggregate of marginal gains’ with realising it!

There were challenges along the way. In response to huge dip in children of primary age the LA decided to close schools and we were approached to see if we would ‘manage the closure’ of another local school. The Assistant Director of Education presented his case which we subsequently turned down, much to his annoyance. Not because there was no financial recompense for all the extra work involved but because we would have to make redundancies and the combined staff of both schools would be treated as one and on the ‘last in first out’ rule we would lose all of our bright young things and be left with the deadwood that led to the other school failing in the first place. It was a no brainer!

Interestingly another local school that took on the challenge were awarded a fully funded Children’s Centre shortly afterwards. Funny that!

I always said I would serve 5 years as Chair. This, in management circles is deemed to be the optimum time for a leader to be in situ. Also by now I was a governor and Chair of Personnel at a local High school and with a demanding full time job was finding time management, and the ability to do all things well a real challenge so I knew the time to hand over the reins was nigh.

We knew an Ofsted inspection was due and I didn’t want to leave my successor with that responsibility, however my Vice-Chair was very capable and chomping at the bit. I agreed to serve a 6th year and at the end would stand down. The Ofsted inspection never came and the new chair rang me shortly into the new school year to tell me they were on the way. Quite rightly he wanted to do it his way, and am pleased to say the school was deemed to be Outstanding. Mission accomplished! 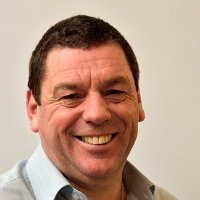